The Pacific Crest Trail - One Day.

Today made for a good 10 miler from Big Bear Lake up Cougar Crest Trail to the Pacific Crest Trail and back.  I always enjoy running on the PCT because it's, well, so huge!  And it makes every other trail seem so small.  According to William R Gray, one of the fist to hike the entire length in one effort, the PCT is "one of the longest and most majestic hiking trails in the world".
I just finished Gray's book entitled The Pacific Crest Trail, a journal of his seven month odyssey along the 2,650 mile trail that stretches from the boarder of Mexico to Canada.  I'm now even more inspired to touch the southern boarder and then one day, be it over months or possibly years, but certainly after crossing mountains, deserts and forests, reach out to touch that northern Canadian line.  One day. 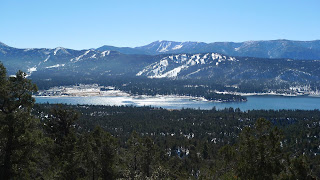 From the PCT looking over Big Bear Lake.
San Gorgonio sits in the background. 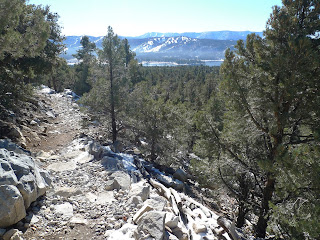 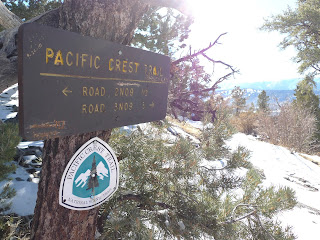 That's a lovely goal! It look like it would be a wonderful journey :)

Wow, that looks like a mesmerizing trail. Traversing the whole thing would be quite the journey...

Sounds like an adventure Will. Hope you get to touch em both! Peace EricG

Not just the longest trail, one of the most beautiful too! Love those pictures.

Thank you very much for your wonderful