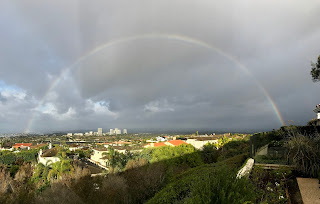 Reach for something a little more in life, something real, not material...

Ok, sure, I wrote these words. And, yes, they sound pretty grandiose. But, to be honest, right now? They're making me feel little. As in small. Like I've been standing in the Emerald City behind a curtain, pulling levers and blowing smoke like the Wizard of Oz (fraud).

I've been thinking a lot about this. About how I can stay true to the words I've written. Doing something new. Riding new waves. Reaching for something more. Different. Running a few ultra's every year ain't cut'n it for me anymore. It did a few years ago. But now, I need more. Will I keep running? Sure. Racing? Why not. I'm not going to give up my hobby, which I still enjoy. But, like anything in life, sometimes you have to spice things up a little.


Every year, around this time, a group of So Cal runners gather for a run that has become a 13 year tradition. This year, not sure why, they did it in reverse. It was a horrible day of slip in sludge. Dave B captured the event in embarrassing detail. Read about it here.

Every year, without fail, someone shows up to "Saltwater" out of shape, but runs anyway. It's just that kind of thing. Some don't finish (some don't even start). But someone always guts it out all the way to the end. This year was no exception. Great work Mike F.
at December 24, 2016 No comments: 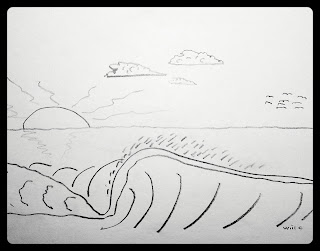 They rise up. Sometimes it seems from nowhere. They are hard to see, until they are right upon you. Rising higher. Looming over you, making you feel so small. Then comes the decision. Do you turn to catch one? Do you take the risk of getting pummeled on the jagged rocks below? But something’s triggered you. A bad experience, boredom, the need for change. Whatever it is, it’s helped you overcome your fear. Your anxiety. Your apathy.

So you turn. And paddle into the wave. You feel your body rising up, on top of this force that seems limitless in its power. You feel the energy as it carries you forward. Faster. There is no turning around now. The power surrounds you and you let yourself go with it. It’s at that moment when you realize there is nothing better than to ride this wave. To see how far it will take you. To accept its risk, because with it comes opportunity.