There is, I believe, a fundamental need that lurks in many of us. It's something that we don't usually talk about because, um, well, we've been trained not to talk about stuff that might make us seem odd, or different, from everyone else.

This is not a new concept, this need to spend time alone. Its been around for millennia.  Christian monks (along with devout Buddhists, Hindus and Taoist, to name a few) have lived eremitic (secluded) lives long before any of us starting seeking solitude from the holiday shopping hordes. As soul seekers, they no doubt found this to be a cleansing experience.

I don't know, but maybe there is some connection here to Maslow's hierarchy of needs, that the need (according to Maslow) for social belonging ultimately gives way to the need for self-actualization and even self-transcendence as we develop and grow. Is this why when we think of hermits we picture old crotchety men? These must be the guys, alone, at the top of Maslow's ladder.

When I got in my Jeep this morning and began to drive, I chose not to decide where to go. I was headed out for a run, but hadn't decided where. So I just started driving. As I drove, many trails and potential places to run began flashing through mind. I took inventory of each one, and I tried to weigh the good and the bad of each. But all I could think about was one thing - the solitude of each place (or lack of solitude, actually).

The next thing I knew I was pulling up to one of my favorite (and most solitary) trails. I made it nearly four hours before I saw a single person!

Ok, I'm not crawling under a rock any time soon, but it felt good to cleanse.

The Land of Painted Plateaus 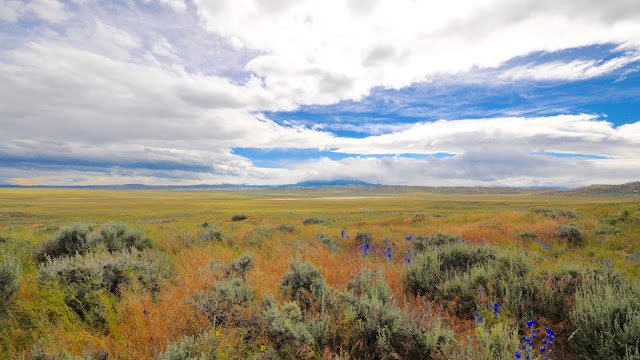 Every so often I find myself stopping to appreciate something unusual.  And beautiful.

This time I was in a rental car – a Subaru Legacy in fact – that was hurling me across the plateau known as the Big Horn basin. As I drove along the highway I couldn’t stop stealing peeks in each direction. It felt like the sky and the landscape around me were colluding somehow to get me closer to them.

The next thing I knew I was rumbling down a dirt road, heading in the direction of a hill that stood between an expansive view that I knew was waiting for me. The Subaru – bless its little wheels – was taking a beating. I weaved the innocent little car around large puddles and punishing ruts, many of which in all my haste I couldn’t avoid.

When I finally reached the hill’s crest, I pulled over and just started walking. I walked toward a rock formation and wondered what it would be like to just lay down there forever. Under this sky and in this slow meadow of grass and wild flowers.

I’m heading back to Wyoming. To the land of painted plateau’s and inspired skies. This time, I hope I can catch a little less rain on race day.
Stay real people. Keep playing. Life is too short not to. 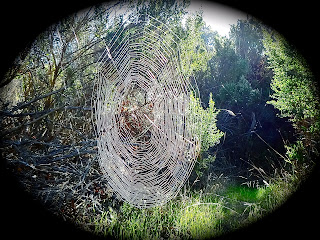 Since posting this over six years ago, I keep searching for more possibilities...I hope I can still find some....

I recently posted that wisdom is not a flower to be plucked. It is a mountain, and it must be climbed. The idea here is that it takes time, years even, to gain an awareness of the trail that you tread on.

I still believe this.  However I think there is more to this story. Yes, wisdom is gathered from real life experiences. And there is no substitute for experience. But I also think wisdom can be overrated. I dare say that for everything we gain from wisdom, we also lose something precious from it. Let me explain...

As I lace up my shoes for my very first ultra, my nerves are tense. My heart beats rapidly. Everything around me appears larger than life. The other runners. The glow of the rising sun. Before the race everything is ominous, every little detail surreal. I pin the number on my shorts, I drink a cup of coffee. I fill my water bottles. All these things, so monumental. Then I step to the line. More than anything, with a fresh mind, I think about the unknown...and the possibilities yet to come...

Fast forward now. I lace up my shoes for my 15th ultra, my nerves are still tense. Again my heart beats rapidly. Yet everything around me has an air of familiarity. I chat with my fellow ultra runners. I glance at the rising sun. My thoughts are more focused, more disciplined. I check my fluid and salt supplies. I review my nutrition for the day. I know now what is to come. I remind myself of the mountain I’ve climbed to get here.