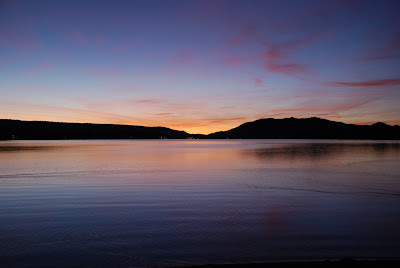 Have you ever experienced drowsiness, abdominal pain, nausea, diarrhea, or heartburn? If you are an ultra runner, you’re likely to answer yes, because many of these are common symptoms experienced during ultra events. They’re also the most common side effects of Advil and Motrin, known generically as ibuprofen.

Ironically many endurance athletes turn to ibuprofen during long training runs and races. Which begs the question: why would someone take a medication that is known to have the very same side effects as the symptoms you are trying to avoid?

Worse yet, Ibuprofen is known to play havoc on your kidneys. It does this by messing with the production of a certain hormone called prostaglandin. Of all hormones, prostaglandin should qualify as a runner’s best friend, because it keeps the blood flowing through the kidneys. And when the blood flows through the kidneys, endurance athletes are more likely to avoid hyponatremia.

A few years ago a wise massage therapist told me about a product called Traumeel. She described it as a natural, homeopathic, anti-inflammatory product without the side effects of ibuprofen. At the time all I knew about homeopathy was that it was a form of alternative medicine. Despite conjuring up images of tarot cards and witch doctors, I was intrigued.

I googled "Traumeel" and what I found was encouraging. The first thing I saw was a definition by the National Cancer Institute (NCI), an affiliate of the National Institute of Health (NIH). NCI described Traumeel as.…"diluted extracts isolated from plants and minerals, including belladonna, arnica, St. Johns wort, and Echinacea. …Traumeel S exhibits anti-inflammatory activity; the mechanism of action has not been fully elucidated”. Not fully elucidated? My interpretation of this is that the stuff works, but they don’t really know how it works. I needed to know more.

Then I found something that really got my attention. It was a clinical trial published by the US National Library of Medicine and other science organizations. In a randomized, placebo-controlled, double blind clinical trial, researchers assessed the effectiveness of Traumeel S in the management of chemotherapy induced stomatitis in children undergoing bone marrow transplantation. Stomatitis causes hideously painful sores that form in the mouth and are a side affect of certain chemotherapy treatments. The study concluded that Traumeel may reduce significantly the severity and duration of this chemotherapy-induced stomatitis. Now that, I thought, was impressive.

In a nutshell, Traumeel is said to slow down the body’s inflammatory process. Data published by the manufacturer reports that “in studies of whole blood cultures, certain plant ingredients of Traumeel S have been found to elevate levels of TGF-ß, an anti-inflammatory cytokine. Unlike ibuprofen, Traumeel has no known side effects. Also unlike ibuprofen, which is taken orally and can cause abdominal pain and nausea, Traumeel tablets are taken sublingually (under the tongue) and enter the blood stream directly by avoiding the GI track altogether. Hmmm…one less thing to upset my stomach during an ultra?

Traumeel comes in various forms including tablets and liquid for internal use. It can also be applied directly on the skin over an injured muscle or joint using the gel and cream applications. I used the gel religiously earlier this year after suffering from a knee injury sustained while snow skiing. It helped speed recovery and reduced the chronic swelling associated with the injury. I’ve also used Traumeel tablets and found them to be an effective anti-inflammatory during bouts of heavy training when I’m really pushing my miles.

So whether you are recovering from overuse injury, combating chronic pain and inflammation due to heavy training, Traumeel can be an effective, all natural remedy. It can be found at local health food stores or at online health stores such as eVitamins.

Post Script: I need your help! As you can see, I don’t write this blog for money…hence no annoying pop up advertising. However I do write to encourage and inspire others. My only way to know I am succeeding is getting feedback from and building a following of readers. If you have found value in this blog post, please leave a comment below and follow my blog by entering your email at top of page or on Twitter by clicking here.

Running The Grand Canyon -- A Video

Here it is folks! Click on the link above to to view the video of our rim to rim to rim run in the Grand Canyon. This was an incredible day, with amazing scenery, unbelievable terrain, and great camaraderie. The video is 15 minutes long. Enjoy! 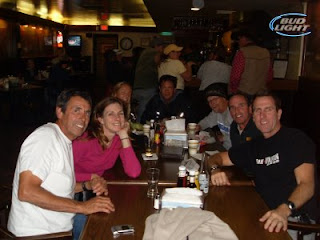 Myself and 4 other runners completed the Grand Canyon rim to rim to rim yesterday. I have so much footage of pictures and videos I need a day or two to put this uber post together. I promise jaw dropping pics and clips of the epic run! More to follow...
at November 09, 2008 1 comment: