A rare winter storm in southeastern North Carolina left the area enveloped in ice Wednesday morning. For me as a runner, any kind of abnormality in the weather is a stimulus to get me out the door, and into Mother Nature's fold.

I was surprised when I entered the Carolina Beach State Park. There was so much ice covering the trees, and conditions didn't seem nearly as bad in town. Numerous smaller trees were bent across the trails from the weight of ice on them, creating an almost tunnel like course in sections of the park.

But when I got into a bit of clearing in the woods I was able to behold the beauty of what the storm had produced. The tall straight pines, the young saplings, the small bushy trees that grow in the marshes, the bare deciduous trees, the clumpy swamp grasses...were all covered in a layer of whitish, gray ice...as if one shook up a snow globe and let the contents ever-so-softy land on top of what lay beneath.

I felt like I was witnessing something rarely seen – an artist's rendering left out in the open, for us mere mortals to be momentarily immersed in its grandeur. I looked with child-like awe every which way as I made my way back into the woods.

On the trail spur by the Cape Fear River I heard a seemingly desperate squawking as an egret took flight from the marsh and circled past me and out over the river before returning back to land. I took notice that the reeds were coated in ice as well, and looked like thousands of ice picks frozen into the ground. I would be disturbed too, I thought, and I felt empathy for the large bird as I carefully crossed an icy, wooden foot bridge.

Later in the run the sun began to poke through the thick ceiling of smoky gray clouds. As it did the ice started to melt, and fall! Rounding a bend on a trail, I heard a loud cracking snap, as a huge pine branch snapped off and crashed thru the surrounding trees onto the forest floor. Time to get out of here I said to myself.

This is ultimately why I run. And why I continue to run. To be a visceral part of days such as yesterday. To witness firsthand.

Who would have thought? A trip back east from sunny So Cal to Washington D.C. And wham! A snow storm and the coldest day of the year.

I sucked it up for the first few days, snow running in 14 degrees along the Whitehaven trail and the streets of D.C. Made it to the National Cathedral, down to the C&O canal, and then to the frozen Potomac River. Icicles, bone chilling wind, black ice. Even a stop by my old stomping grounds, the Russell Senate Office Building, where I worked as an intern for Sen. Ted Kennedy (many years ago). What more could one ask for?

Turns out the forecast for tomorrow is 0 degrees. I’ve never run in 0. But I’m going to give it a go. A pair of sweats for my scrawny legs, compression socks and shorts. A higher pitched voice. I’m in. 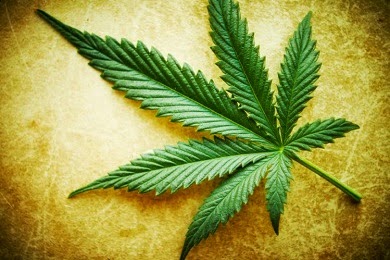 Pot. Toke it or leave it. That is the question. Unless you were baptized by a celibate priest, chances are you’ve toked, like everyone else around you. Heck, even if you haven’t, surely you’ve caught a buzz from the second hand smoke at a Neil Young or Nicki Minaj concert.

The Wall Street Journal published an article this week covering a debate within the ultra-running community, about using Marijuana. A quote from the piece gives the perspective from a 22 year old “professional” runner – If you can find the right level, [marijuana] takes the stress out of running. And it’s a post-race, post-run remedy. The article’s subtitle asks: For Ultramarathon Runners, Marijuana Has Enormous Benefits—But Is It Ethical?

It took me a while to find my voice on this one. I think it was because, initially, I couldn’t see beyond my own jaded experiences on the topic. Starting with seeing my best friend’s house burn down in 6th grade, and freaking out at Scott S’s house over a bag of Chips Ahoy in 7th grade. And, possibly, ending in 11th grade when I stood on the bluff with several hundred people looking down on the Pacific Ocean, and wondering why.

I want to be careful here. Because the topic of marijuana is, by itself, a lightning rod for controversy and judgment. Throw ultra-running and performance enhancement into the conversation, and we have the potential for an electrical fire. Deep breath here people….

I saw the plume of smoke from 5 miles away. I could see it when I got on the school bus, and it grew larger and larger as the bus drove closer to my home. It wasn’t until I ran away from the bus until I knew it was his house. I saw him laying in an ambulance and I just remember being really scared. I wanted to talk to him, and ask him if he was ok. He was my best friend. But he was surrounded by paramedics working on him, and on the third degree burns caused by the fire started while he was making hash oil. Then the ambulance drove away, and took him away from me.

We all have our own reasons for doing what we do. In the end, it is what we take away from these experiences that we call our own. Why do people run ultra-distances? Ask 100 ultra runners and you’re likely to get 100 different answers. So, to get through this, I will write only what I call my own.

It’s well known that marijuana numbs pain, helps minimize nausea and alleviates fatigue. It is often prescribed for people with chronic conditions arising from ailments out of their control. It has been an effective remedy for cancer patients going through the agony of chemotherapy. I love that cannabis helps those that are suffering from disease. I can’t think of a better use for it.

But for ultra runners? Really? The question no one seems to be asking isn’t why a runner would want to mask pain or nausea. After all, it is human nature to want to minimize suffering. The real question is, why would anyone choose a sport like ultra running then turn around and choose to experience less than the real thing? It would be like choosing to be a doctor, but not willing to see human blood. Or choosing to be a boxer, but not willing to take a punch to the face. Are you really what you say you are? Really. What are you?

It was totally unexpected. But what isn’t when you’re in 7th grade with a new set of braces? When I took a bite of the chocolate chip cookie, I noticed the pain from the tightened metal on my teeth was gone. I chewed and chewed and chewed, in total bliss, smiling from the numbness of what we smoked.  Until I realized...I couldn’t feel or taste anything! Something was moving down my throat, but I knew this only because I watched my hand put it in my mouth and reach for another. What happens if I choke? Would I just stop breathing? Paranoia sets in.

I now move to the real question. Why do we choose ultra running? I think this is the crux of the issue. For me, it is the risk of coming face to face with my own limits – be it pain, fatigue or fear – and moving through these limits by relying on my own strength. It’s a big part of why I do this stuff. Some of the most memorable moments I’ve drawn from the sport were the most difficult ones, when I’m suffering.

There is a concept in mountaineering called topographic prominence. Peaks with high prominences tend to be the highest points around and are likely to have extraordinary views. These are the peaks that stand out among the rest, not because they are high in altitude, but because they are surrounded by deep, deep canyons and valleys.

The same concept exists in ultra running. And I will call this sensory prominence. And it means if you want to experience the highs, you have to be surrounded by and experience the lows. And these lows, in my humble opinion, should never be numbed or neutered.

He was one of the best in elementary school. A buddy to all of us. A teammate in little league. But when I picked him up hitch hiking on the PCH, he didn’t say a word. We were in high school now. But something seemed odd. He was so quiet in the car. When I heard the news months later, I didn’t put the pieces together. But now I know. He became a stoner. He was coming home from work, late at night, and he rode his motorcycle into the back of a parked car.  Then we stood there, on the bluff, wondering why.

It all comes back to what I’ve said before. Ultra runners are really just normal people. But they want something more in life. Something real, not material. Something they have to dig deep within themselves to achieve, and the deeper they dig, the more satisfied they are.

Run. Look around. Run some more.

Once in a while, I think, it’s good to go somewhere you have never been before. And Run, look around, and run some more. Maybe smile. I did this last weekend. Up a mountain trail I had never been on before.

When I approached the top of the trail, I could see the ocean for the first time. And the cotton white  clouds. And the steel blue sky. I stood there thinking how amazing the picture I was looking at really was. Surreal. But real. I was so glad to be there! (ok I had to tap one of these for the masthead).

Was it worth the effort? I don' know. You be the judge. 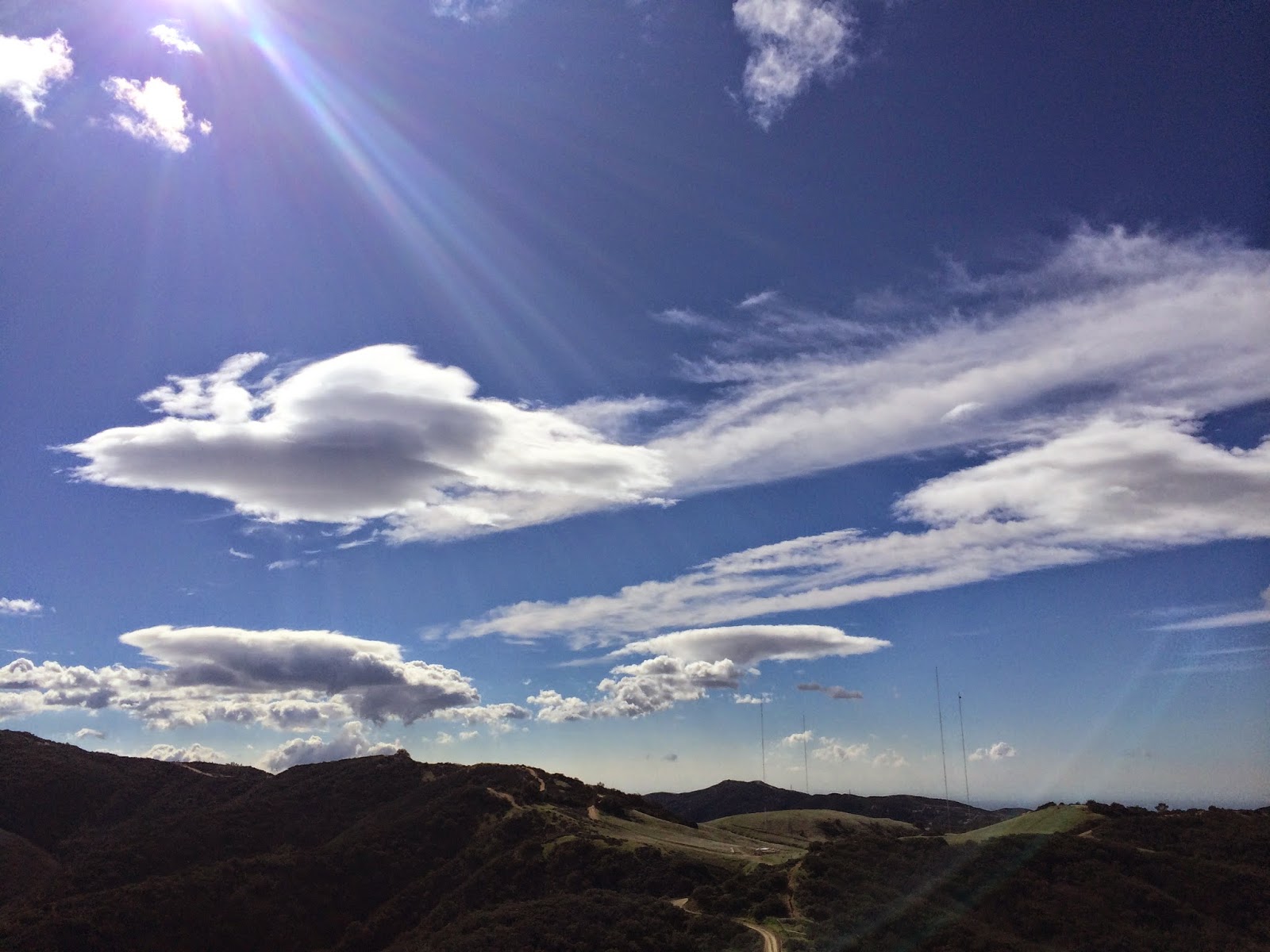 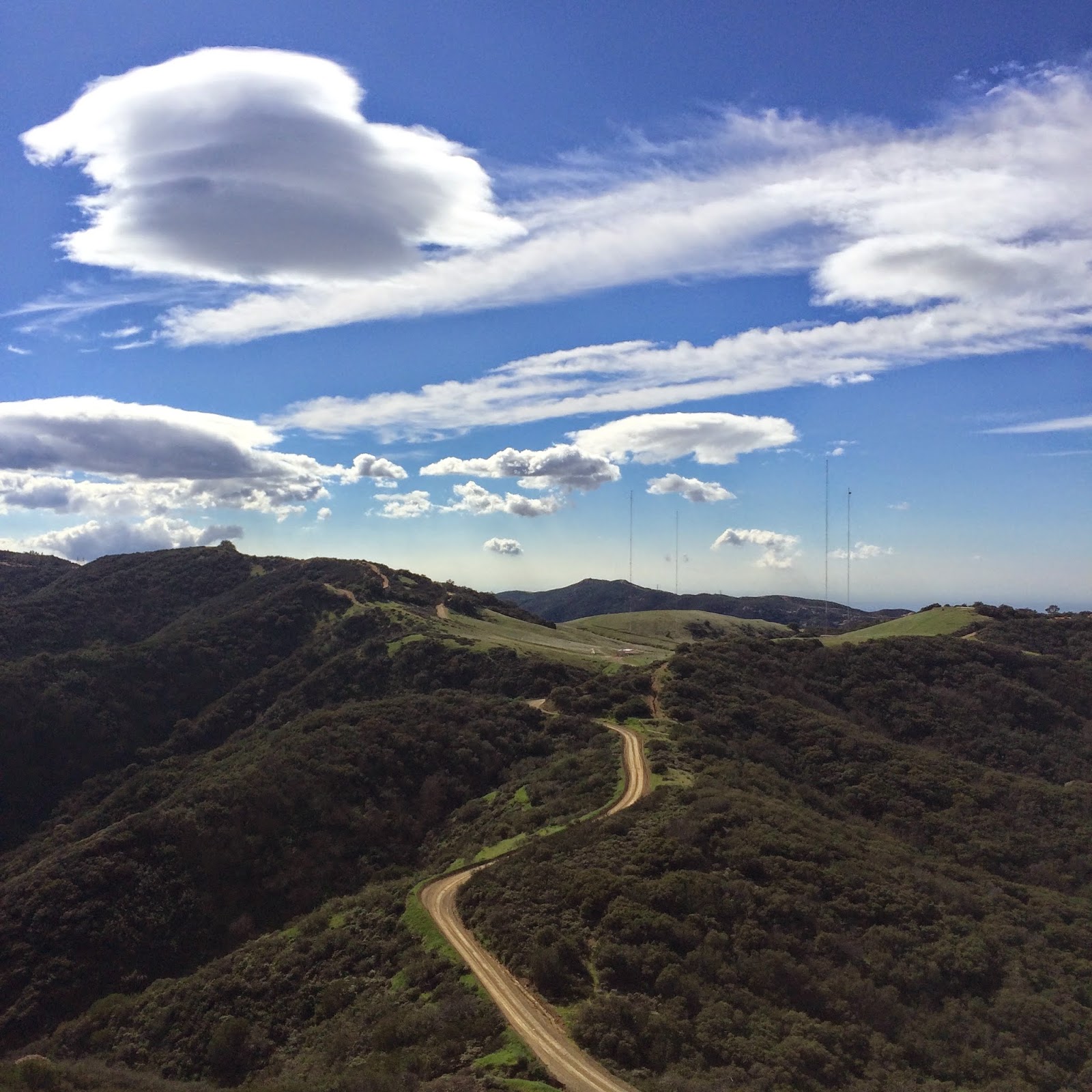