"Nature is a mutable cloud, which is always and never the same." 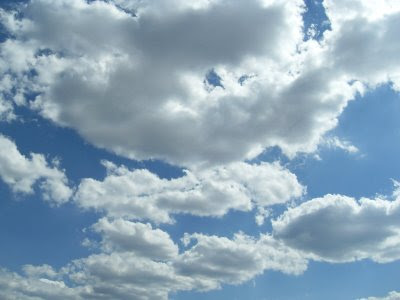 "Dreams come true. Without that possibility, nature would not incite us to have them"


Just a few thoughts that worked for this picture which was taken while sitting with my wife under a crisp sky, high on a mountain. A fine moment on our 11th anniversary.

It is now official. I just submitted my entry to the 2009 Western States 100 mile endurance run. Although I was guaranteed an automatic entry as a 2008 participant, I was required to accept or decline the 2009 automatic entry. I accepted, as I expect 90 percent or more of the other '08 participants will do. Who wouldn't accept after being shut out of this year's race due to fires that rose from freaky dry lighting? What runner would train for six months, create animosity between his spouse, develop lingering and sometimes very painful injuries, become single minded to the detriment of his oh-so-important social graces, concoct visions of grandeur in his minds eye, talk excessively of race day tactics with 100 mile finishers, develop the disgusting yet important habit of stuffing TP in his pocket before embarking on early morning trail runs, grow a portfolio of running shoes to rival any Emelda Marcos poser, watch others stare at him with a look of utter confusion and discontent when they hear of his fixation, find ways to work out in the most miserably hot conditions, refuse to unpack a suitcase for a year, identify with terms like "beware of the chair" and "time on foot", write a blog about the absurdity of it all, only to choose NOT to reenter?
I'm looking forward to the next 10 months! I'll keep you posted....
at September 15, 2008 5 comments:

Garmin Forerunner 405 Review. 10 Things to Know Before You Buy 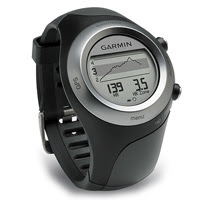 I recently upgraded my Garmin 301 with the Garmin 405. I did this for several reasons. First, my 301 was falling apart, and the only way I could charge it was with the USB cord that plugs into my car. The wall charger it came with stopped working altogether. The heart rate monitor also stopped working. I’d seen photos of the Garmin 405 and it looked like it might even pass for a wrist watch, not the black pill box the 301 so closely resembled. I’ve been using the Garmin 405 for over a week now, and here is what I found:

1. This is no simple stopwatch with a GPS. The Garmin 405 is more akin to a body probe with an attitude. It beeps at you when you touch it in the wrong place. Then it barks at you when you yell at it. You must prepare for this one. A tutorial, a seminar, a degree, anything to get to know the software inside. I don’t recommend trying to learn it while running. I nearly tumbled into a bed of cacti tinkering with this thing on a run.

2. Never, ever lose the charger. Unlike the 301 that would take any old USB cord, the Forerunner 405 can only be charged using a custom "clip" that comes with the device. If you lose the custom charger, well, good luck. You will have to buy another custom charger. Gone are the days when you could charge your Garmin in your car on the way to a run. A fifteen minute drive used get me an hour of battery life. I’ll miss that.

3. Don’t be fooled by Garmin 405’s good looks. I was originally interested in the Garmin 405 because I thought it was slimmer than its bulky GPS brethren. Then I saw it. While smaller and sleeker than both the Garmin 301 and 305, this newer Garmin is far from dainty. I would describe it as a GPS in “thin” disguise. Bulky, but with good lines. Still too big to wear around as a watch in most circumstances.

4. This watch functions using “touch” points, not buttons. To scroll though the menu and settings you must “touch” the bezel of the watch. At first use I was worried about this system. I accidentally rubbed the watch on my shirt, and this mere touch caused the 405 to scroll though several screens and left me in the bowels of the settings menu. Fortunately I found the screen lock function to avoid this from happening again.

5. The satellite search time is much quicker with the 405. One of my biggest gripes of my Garmin 301 was the length of time it took to sync with the satellites. I can’t even recall how many times I stood in the middle of the street interminably like an idiot waiting for the GPS to link up. Of course smarter and more anal runners always place their GPS outside several minutes before a run, thereby avoiding the pre run loiter. The Garmin 405 gets around all this by simply linking to the satellites very quickly. It took the 405 eleven seconds to get a link when I tested it, whereas I’ve waited for minutes at a time for my 301 to link. Thank you Garmin!

7. Data is transferred to your computer, automatically. I’m not a big data transfer guy, but I did experiment with this feature. It doesn’t take an IBM engineer to get this started, but it does take patience, one of those old world virtues never bestowed on me. I made it as far as loading the software and transferring the data. When I attempted to look at the information on the computer, I couldn’t find it, let alone load the program to view it. Do I really plan to use this? Hmmm. Move on.

8. Like its predecessors, the 405 has many features that could be very helpful to the techie runner. Auto pause, auto lap, auto scroll, virtual partner, specific workouts, and courses are all included. Again, like the data transfer feature, these are features I generally don’t use often, if at all. One cool thing I noticed however was the “back to start” function. Here a runner, if lost, can ask the watch to navigate him or her back to where they started. Not a bad feature when you’re lost on a mountain. The only down side is you have to make it back before the battery dies (8 hours) or you’re SOL.

9. Limited use when wet. Even the owners manual states that “if he bezel is wet, wipe the bezel dry before using it”. Hmmm, did anyone tell the designers that runners generally sweat when running? Do I have to carry a hanky now? I haven’t experienced a problem with this yet, but I’m not one to mess around with the watch while I’m running. Scrolling between screens is all I need on the run and the auto scroll feature should take care of this. Auto scroll allows the user to design three customized screens for workouts and the watch will automatically scroll through these screens.

10. Limited Battery Life. The manual says the 405 has a full 8 hours of battery life using the GPS. However, I did a 4 hour run with the 405 and within three hours the watch was signaling a low battery. The fact that I was not wearing the heart rate monitor strap could have contributed to the shortened battery life. I tested the 405 again, this time wearing the heart monitor strap. After my two hour run there was 70% of the battery life remaining. My guess is the battery life is shortened when you don’t wear the heart monitor strap because, like a cell phone, the device is constantly searching for signal that doesn’t exist.
Would I recommend the Garmin Forerunner 405? I’m not sure I can make that decision right now. Until I subject the device to more field testing, including some five-plus hour runs, I have to reserve judgment. I will keep you “posted”.
at September 01, 2008 17 comments: