Life Would Be So Simple 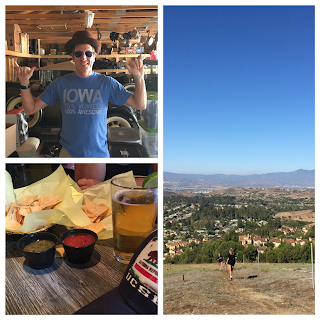 Well, here's to remaining in a state of rest.  Until confronted by the next unbalanced force.

Inanimate or not, one thing running has taught me? We're all subject to the law of motion.
at August 21, 2016 5 comments:

But I Still Have All My Toenails... 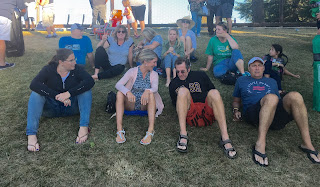 “Oh, I think it’s time for my pedicure,” she uttered as we reclined on the grassy knoll waiting for our girls water polo team to play. Unfortunately, it wasn’t more than an hour earlier when I was noticing my own toes, probing them with my fingers for any loose tissue. It had only been two weeks since the large blister was lanced at TRT 100.

Blisters, I’ve learned, are best left untouched for an indefinite period of time after they’ve been “lanced.” Time enough for the dead skin to slowly, and naturally, work its way off the appendage. Any “probing” can accelerate the process, I’ve learned, and can create somewhat grotesque looking lumps of flesh that hang from the toe. It’s rather unsightly to the average onlooker.

As her eyes moved from her shiny toenails to the half-living-half-dead flesh that covered my toes, I realized the probing I’d done was not well timed. Left only where gaping holes in spots that looked conspicuously ghoulish.

“But wait,” I clamored, I still have all my toenails!”

How Your Body Uses Energy

Interesting summary of the basics on how we burn energy at every distance.