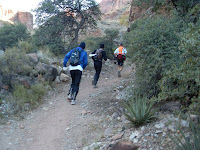 This morning I picked up the paper. Like most mornings these days, it read like an economic apocalypse. Bank bailouts, an auto-industry slump, mortgage defaults, rising unemployment, recession, and on and on. Whether you're an employee of a large corporation, a small business owner, even the new President of the United States, things aren't looking real good.

Where does one find relief? Its been said that anyone who goes to a psychiatrist ought to have their head examined. What about drugs? Some people are turning to prescription drugs, among the fastest growing area of abuse and addiction. According to the DEA more than 7 million Americans abuse prescription drugs, up 80% in recent years. Alcohol sales are up too. What next?

The answer, my friends, lies in the pituitary gland. Yes, the little nodule sitting inside all our brains that sends chemicals to our bodies that block the pain sensation and, better yet, bring euphoria to our world. Stronger than heroin, morphine and opium, these chemicals are closely linked to addictions. What are they? Endorphins.

Most people are familiar with the runners high. And most runners know of the effect endorphins have on us. But do you have to be a runner to get this stuff? Turns out, no. In fact, laughter, crying, sex, orgasm, acupuncture, eating sweets and spicy foods, all trigger the release of endorphins. Can you imagine this lifestyle everyday? Caution - endorphins, and all the activities that trigger them, are addictive too!

Its still early in the morning. I lace up my shoes and fill my water bottles. As I step out and onto the trail, I take a deep breath. Above me are clouds that shroud a horizon that seems to bend with the curvature of the earth. Slowly I start my way down the trail. My head is down as I step carefully over the altering terrain. My mind is clear. Euphoria creeps in.
at January 30, 2009 6 comments:

Into the Wild -- Do Your Dreams Slip? 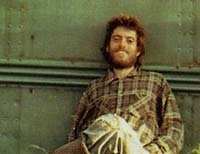 Last week I boarded a Jet Blue flight from New York to Long Beach, CA. I carried with me a copy of the book Into the Wild, by Jon Krakauer. It's been over a year since I watched the movie for the first time, and until now I have never read the book. If you have never read the book, do so now. I read it cover to cover on my flight.

Questions will emerge as you read. For example, have you ever felt nervous, yet euphoric, as long awaited plans unfold after months, even years, of preparation? Then, in a moment, you find yourself standing in a place where the dream you've flirted with is becoming a reality?

Chris McCandless, the "pilgrim" in the book, stood at the end of an Alaskan road. His dream was about to become a reality. He thanked the man who drove him to this point and who gave him a pair of boots from his truck. Then, after traveling thousands of miles, seeing with his own eyes much of the "great work God has done here in the American West", touching the souls of the many friends he made along his way, McCandless simply turned and walked into the wild, out of his dream, and into reality.

What kept me reading this book more than anything was the glimpse it afforded me into my own past. The non-conformist, anti-fraternity, anti-social philosophy McCandless held as a young adult was very familiar to me. I only wish I could've met him for a beer as he kayaked along the Colorado River while I traversed the Bright Angel trail under the towering cliffs of the Grand Canyon.

If you read this story it will beg you to answer many questions about your own life. Do you believe in the life you live? Do you live for, or merely with, the material trappings you so enjoy? Do you take your life for granted? Are its routines, its habits keeping you from embracing change? When you reach for something, something big, do you capture it? Or do you let it slip, slowly, from your grasp?

Some would say McCandless let his life slip recklessly from his grasp. But life is not of only flesh and bone. And with that I say he held firmly to his dream as he walked and remained, forever, into the wild.
at January 19, 2009 15 comments: 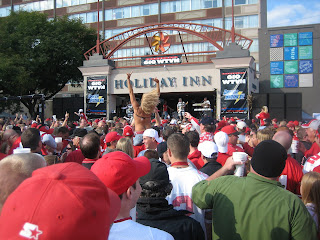 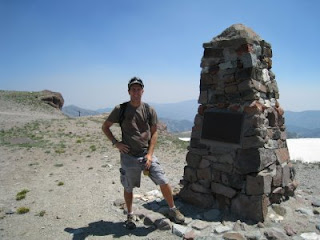 With 2008 solidly behind me, I look back on it -- as a runner -- with a certain twisted amusement. As I sit here today, I can say there were several memorable moments.

Western States DNS - One moment that comes to mind was in the afternoon of June 24th, when the Southwest plane began its descent into Sacramento Airport. I just happened to glance out the window to see an incredible pillow of soot sitting on the horizon. At that moment I realized that the week-old fires that were burning throughout Northern California had made their mark, and the six months I had spent training for the 2008 Western States 100 mile run was lining up to be just a dress rehearsal. The weeks, even months, that followed were low points for me as a runner, not because I felt cheated, or let down from the race being cancelled, I just felt lost and without a purpose. I tried to psyche myself up for another 100 mile race right away, but couldn’t find the motivation. Just like Max, the little boy in the story Where the Wild Things Are, I wandered through the night and day, and in and out of weeks…

It was when I set my sights on the Grand Canyon that I felt charged again about running. Thanks to Kevin, who had been dripping on me about this run for over a year, I found something to look forward to. As the run approached, I fell back into what I’ve come to learn is a critical state of being for me as a runner. I call it nervous anticipation mode. Unless I’m anticipating something that has got me a little nervous, there seems to be an emptiness, or a missing ingredient in my life. As memorable moments go, I too remember a plane beginning its descent, this time into Flagstaff, and looking over to see the beautiful red rocks of Sedona. This running of the Grand Canyon would be my first attempt, and I planned on videoing the run. Lots of ideas circled in my head. I remember being on the plane and telling the lady next to me some of the details I was planning for the next day. At that moment I felt like a kid again. She complimented me on my enthusiasm. The run itself? So many great moments, such great friends. 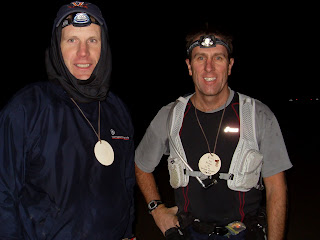 If the Grand Canyon was my wild rumpus, then Saltwater 5000 was where I needed to return, back to my very own room. I was surrounded by six other runners, two of whom I’ve been running with for 20 years. Rob, who strode next to me on virtually every important training run leading up to Western States, and Jeff, who negotiated the depths of the Grand Canyon with me, also believe in tradition. We all dipped our hands in the ocean and climbed this mountain again for the fifth year in a row. The moment that I may remember for years to come could be when my lips touched the cold metal of the surveyor’s marker at the top of the peak, or when Jeff, Rob and I simply walked together under the cold, dark sky on our trek down to old camp. We talked, and we laughed, as we have so many times before.
Another year behind us, guys.