JFK 50 Miler - A Run Through History 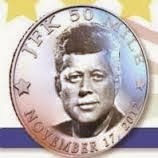 When the sun finally pierced the cold night’s sky, I could feel the early morning air pressing against my cheeks. The temperature was dropping into the low 30’s and a cold, northwestern wind was blowing over the Appalachian Mountains. “These are downright balmy conditions,” a local runner said boastfully. Really? I thought to myself. As one of the few runners from California, I quietly pulled my running cap over my ears, slipped on an extra sweatshirt, and made my way to the starting line.

I was in Boonsboro, Maryland, a rural town nestled amidst the historical crossroads of the American Civil War. I was here with the original running Elvis and my pal Jeff Padilla to run the JFK 50 Mile endurance run, the oldest ultra-marathon in the United States. Inspired by John F. Kennedy, who extoled the benefits of physical fitness, the event was first held in 1963 and originally intended as a challenge for the United States Marine Corps. Today, 50 years later, the call to complete 50 miles on foot has evolved into an ultra-marathon that attracts military and civilians alike.

On November 23, 2013, exactly 50 years and one day after President Kennedy was tragically assassinated, I stood with more than 1,000 runners to take up the late president’s challenge. Surrounding me were people from all walks of life: active and retired members of the armed forces, civilian men and women, athletes and non-athletes, fathers and sons, the young and the old. Despite this diversity, we all had something in common. Each of us had our own reason for being here.

The chant began just before 7 a.m. 10, 9, 8…and grew louder and louder…7, 6, 5...as the starter lifted his gun…4, 3, 2, 1...bang! We ran for several miles on a paved road until we reached Turners Gap, where General Robert E. Lee’s Confederate troops engaged Union troops advancing under the command of General George McClellan over 150 years ago. From there we turned onto the Appalachian Trail, known universally by hikers around the world as the “AT.” What ensued was 15 miles of jagged rocks hidden under autumn’s fallen leaves—a virtual minefield for runners. One misstep, one brief lapse of concentration on the AT, and we would be sent hurtling to the ground.

As I’ve said before, running ultras is like riding a roller coaster. One moment you can be on top of the world, and the next you can feel like you’ve got the world on your shoulders. Elation and exhilaration that flow through your veins one minute are usually overcome by suffering and self-doubt the next. What I’ve learned most from running ultras is patience. Patience to know that when things get really difficult, if I just accept my situation and keep moving forward, eventually things will get better.

My concentration lapsed somewhere between mile 12 and 15 when I rolled my ankle then took a sharp fall on the trail. I had just begun to utter the first of a few words of encouragement to another runner when I found myself hurtling face first to the dirt below me. Fortunately I’ve become pretty skilled at a contorted tuck and roll maneuver in these situations so I got up and brushed myself off pretty quickly. Not in time, however, for the other runner to miss my impromptu circus act. “You okay?” she said. “Sure, I just have to watch my mouth,” was all I could muster in reply.

From high on the Appalachian ridge we made our way down to the C&O Canal, the 184-mile water highway once used for commercial trade and as a supply line for the Union Army. Flat and scenic, this section of the course gobbled up 26 miles, a full marathon. Then we made our way just north of the historic town of Harpers Ferry, site of the infamous John Brown raid which was the catalyst of the Civil War, and into the town of Williamsport.

When I turned the last corner and caught sight of the finish line, I could see the clock and the people gathering to greet the runners. My heart raced and my pace quickened. I could feel the weight of the day on my shoulders as I approached. Finally, after seven hours and twenty-eight minutes of highs and lows blended with a slice of American history, I crossed the finish line. The weight lifted from my shoulders and, at that moment, exhilaration seeped in.

Matthew @ Lasik for Your Surgeon said...

Great writing. Thank you for sharing.

Great running and reporting as always, thanks!

Thanks TP....haven't heard from you in a while. Hope all is going well with you, your family and your running!

Very interesting! I just recieved a golf ball muscle roller as a present,any other runners know if these are beneficial?
http://zzathletics.com/Golf-Ball-Muscle-Roller-Massager-GBMR1.htm

Looks up greats! I enjoy because it is a nice and very effective article. Thank you, writer for writing like a nice article. This is very nice post! I will bookmark this blog.
Biscoot
Bajao
Online Radio Stations