The Science of Running and Memory 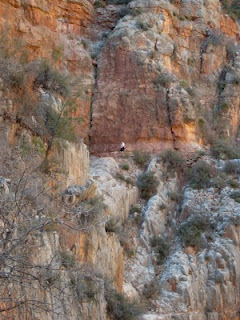 It’s been nearly two years since I ran the Grand Canyon.  Yet my mind continues to drift back to that day, enamored by its majestic vistas, sandy beaches along the Colorado, narrow trails etched in the sheer cliffs.  It was great day for all that dared to go the distance.  I hope to hold on to that memory for a long time.
Of course there are memories I’d just rather forget.  Like the time I performed a perfect swan dive on the steep downhill along Santiago trail.  I remember yelling like a child before I hit the ground.  Boy did my palms get torn up.  It wasn’t the best career move either.  A little awkward at the office shaking hands with scabs the size of meatballs on my palms.
Of course the aging process shows no mercy, and it’s just a matter of time before our memories fade. But if you’re a runner you’ll be happy to hear that you now have science your side. It was once believed by neurobiologists that the human brain, upon reaching adulthood, was incapable of generating new cells.  At this point it was thought brain cells could only die off, never to be replaced. That was until scientific studies in recent decades proved otherwise. 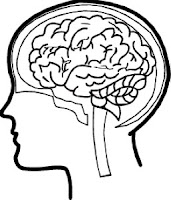 The human brain is three times the size of other mammals of equivalent body size and has somewhere between 50 – 100 billion neurons.  Deep in our brains is a section called the hippocampus which, among other things, is responsible for long- term memory and spatial navigation (finding your way around a city or, in the case of a rat, through a labyrinth). What’s unique about the hippocampus is that it is one of the areas of the brain that science has discovered is capable of generating new cells.
Scientists have also learned recently that running plays a large role in the growth of new brain cells in the hippocampus, and in improving memory.  A study published this year in the Proceedings of the National Academy of Science showed that running increased brain cell formation in the hippocampus section of the brain in mice.  Its method was quite simple but very revealing.  One group of mice was given unlimited access to a running wheel. This group of mice voluntarily clocked an average of 15 miles a day! The other group didn’t have access to an exercise contraption, and was sedentary during the study.
The results were clear. The study identified that running contributed to the generation of hundreds of thousands of new cells in the brains of the running mice. More importantly, along with the new grey matter came an enhanced mental capacity.     The running mice scored nearly twice as high as their sedentary counterparts in a memory test.  The greatest improvement came later in the experiment when the test became progressively more difficult for the mice.
While the results of the Cambridge study are clear—that running stimulates the growth of new brain cells—science is yet to figure out how or why this happens.  Some postulate that it’s the result of increased blood flow to the brain.  Others believe its because running limits the production of the stress hormone cortisol, which happens to be linked to the shrinking of the hippocampus.
So when someone at your next dinner party asks you why you run, it might be appropriate to ask them first if they can remember your name.  If they can’t, then tell them they now have their answer.
at August 16, 2010

Love this post Will. I recall a magazine article a couple of years ago about running helping with depression. Clearly, the benefits are endless! Peace

thanks Eric. you are right on re the benefits of running and depression...I was going to cover that but wanted to keep this post to a reasonable length. I'm planning on writing something on that in the near future.

Great post Will, nice to read posts about the indirect benefits of running, rather than just the obvious fitness gains.

The more I do this sport the more mental rather than physical I find it (and a topic of my next posting). The trouble is all my friends have being saying I'm mental for doing this anyway!

Andy, is Noosa anywhere near Noosa Heads, Australia? I was there in 1983...great surfing!

Running is a good exercise. When such things helps you to be fit, it becomes a more useful thing.Because you don't have to pay sot this thing.A great article post. thanks for sharing this stuff.Great informative post.

You guys should try this bottle I just bought – www.cleanbottle.com – it’s a sports bottle that unscrews at both ends. Its pretty cool – it helps me really easily clean out my sports or recovery drink so my bottle doesn’t look like a petri dish. I got them from the website and they have a deal where if you buy 3 you get 1 free.

I began running for the mental rather than the physical gains. I've done the depression/anxiety chapter. I was not a runner until a year ago and while I walked and cycled I never stretched myself physically or mentally. Running gives me moment by moment goals during training. Running my 1st 10K this weekend, 10 miles in a month, and a 1/2 in October. Thanks for your inspiration!

Thanks Jan...have fun on your journey to claim the 10k, 10 mile and 1/2 distances. Those are huge steps forward...and don't look back!

thats one reason why i love running and as much as possible make it thrice a week..

Hello,
This is awesome blog post found here.... I like your blog. Thanks very much ans keep it up.

Wow! Just legendary! Your publishing manner is pleasing and the way you dealt the subject with grace is admirably. I am intrigued, I presume you are an expert on this topic. I am subscribing to your future updates from now on.

target my hamstrings and glutes, I warm up with leg extensions

Please keep on posting as this was a quality is rare to find these days. Generic Paxil Online always looking for articles online, Generic Valsartan can help. looking forward to another great blog. Good luck to the author! All the best!