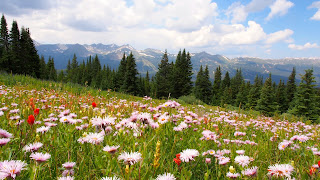 I’ve been writing in this blog for nearly 8 years now. I started with the idea that I would transcribe some details about running ultras that I thought might be of interest to someone out there. I’ve written things that I regret, but mostly I’ve written things that I really felt on my journey along the way. As much as I try, I don’t always write about running, and when I don’t, I can only suggest that running really isn’t about running. It’s more about what happens to me when I do it. If you are a runner, you will know what I mean. If you’re not, I hope you have something similar, anything that releases you from the tentacle.

This is the first time in 8 years I’m not signed up to run an ultra. My instinct has wandered from a yearning to submit myself to the test of running 100 miles as well and as fast as I can, on someone else’s course following someone else rules, to just running for the experience of being somewhere I want to be, like high in the mountains, possibly when the weather is turning harsh. Where I only have myself to rely on.

It’s been a whole year since I began the first of the four grand slam events last summer. There isn’t any peculiar day that I can recall.  In fact it was many days that melted together that kind of became one. I think about it now as if it were just one day. Because it feels that way. Like when the tide goes out. I don’t really notice it, but when I do, it seems so obvious. To see all things when they happen is impossible, I suppose, particularly when I’m not looking for them.
at June 25, 2015

It always makes me smile when I see a blog post from you. I have been on a blog hiatus, but I still like a small handful of them...this tops. Makes me want to start back up writing again....

I hope you have a fantastic summer of whatever it is that makes you feel ... alive. Summer's calling...

Love these blog posts Will!

Jill I hope you are feeling alive this summer! And thank you, Peter.