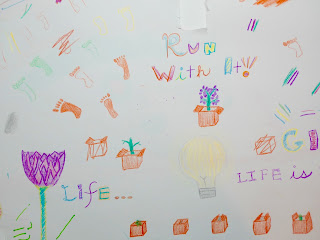 I used to think that distance running was immune from doping. But after reading the news this last month, it appears my naiveté has been exposed.

Apparently Alerto Salazar, former University of Oregon star, three-time winner of the NYC marathon and current head coach of the Nike Oregon Project (NOP), has been gaming the system. In this article by Pro Publica and the BBC, Salazar is accused of pushing a doping rigged training program on his athletes with a “win at all costs” approach to coaching.

I won’t go into the details here because they are well laid out in the article. There are also interesting interviews and comments from former coaches and athletes of the Oregon Project, including this interview with former NOP coach John Cook, who describes the sport as essentially tainted and beyond repair. He thinks the honest coaches are "fooling themselves" if they think they can outwork the doping plague with old fashioned hard work.

Seems Nike is in the middle of all of this. Wait, who was Lance Armstrong’s biggest sponsor?

While we at WaterCures.org are just starting to research fluid and electrolyte balance in runners, this seems like a simple hack to improve performance. We have worked with athletes through the years. We give them unprocessed sea salt, sugar, magnesium in the form of liquid chlorophyll and the water, they have more energy and less pain. We went a step further and gave them electrolytes to get even better results. Mind you, we did not use supplements, only foods.

Runners should try the 3 min challenge and see for themselves.
http://www.watercures.org/fluid-and-electrolyte-balance.html

At the end of the last post I said electrolytes, it should say aminos.