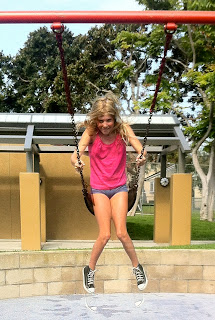 Putting together a good day of training when juggling other responsibilities can make for some fun and creative running. Like yesterday. I was planning on joining a group run at 7:30 am, but I forgot about the waterpolo tournament my oldest daughter was in. After consulting with the family I quickly dispensed of any idea about a group run. Instead, I grabbed my youngest daughter and did one of my favorite kind of runs: the run ride. This is when she rides the bike and I run, and we explore our neighborhood by hitting as many parks as we can. She is keen on swings and rings...so a run ride it was...at least in the am. 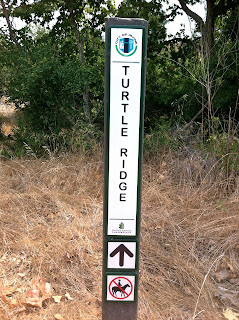 As the afternoon rolled around, before taking the afternoon waterpolo shift, I followed the 6 mile run ride with an 8 mile loop around one of my favorite trails on turtle ridge. The Tarantula Hawks were out in force which kind of freaked me out given these monsters are said to have the second most painful sting in the world. It is a little strange that I run this same trail several times a week and never see these flying beasts. Maybe they only fly in the early afternoon on weekends? 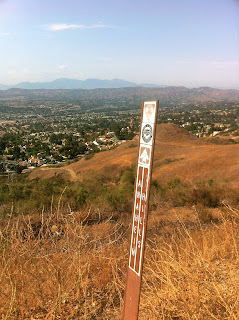 After dropping off my oldest daughter at the pool, I knew I had about an hour before her game started so I drove into the hills near Villa Park. At the first trailhead I parked my car and just started running. Before long I was high on a ridge in Anaheim Hills looking at the San Gabriel Mountains and watching Red Tail hawks circle in the wind above me. Just another day in another 100 mile week with responsibilities.
at July 01, 2013